I count my lucky stars every day that I have never had to call 911 for one of my children. However there was one time that I should have and didn’t. And I thank God every day that nothing worse happened and that everything worked out.

My parents had taken my boys on a trip last month. That meant it was girl time for my daughter and I. One on one time with her is rare during the summer. So I looked forward to it.

We had a blast. She asked to have her nails painted about a million times. We watched movies, and had snacks. I attempted to do her hair, which she hated, but I loved. We played with dolls, trucks, built towers. Ok, I built towers, she knocked them down. It was a wonderful time.

It was wonderful, until we were sitting on the sofa together watching TV and eating Oreos that everything went wrong. She was sitting right next to me. She was right next to me. Our legs were touching. We were just watching TV. Thats when my daughter started to hit me. I looked at her. Pure horror on her face. She looked like she was screaming but no noise was coming out. Tears were streaming down her face. She was trying to get into my arms. She just wanted to snuggle into my chest. She was chocking on her cookies. My heart stopped. My first thought was “IF I call 911 they won’t be here in time. I have to do this myself.”

This was the first time I have experienced this. My instincts took over. I flipped my daughter over. She was fighting me so much. Tears still coming down her face. Her lips starting to turn colour. Her face was wrong. All wrong. I tried to flip her over and she was just clawing at me. She just wanted to be in my arms, where she knows she is safe. Pure horror on her face. She was fighting me. Clawing at me. Her eyes pleading with me. She just wanted me to hold her. I finally got her flipped over long enough that I was able to put my fingers in her mouth to see if I could get out what was blocking her air way. THANK GOD I did. I was able to get the mashed up cookie out. A sound I never thought I would be so happy to hear happened. My daughter screamed. It felt like forever. Hours could have passed, it felt like so long. But she screamed. She could finally make a noise. She screamed. My heart started beating again and I could breathe again too. My daughter still wasn’t breathing right though. I got her to throw up. She threw up 3 times, all over me, my floor, everything within reach was covered in black Oreo puke. I didn’t care. I didn’t care that my arms and chest had scratch marks from my daughter. All I cared about was my daughter. And she was breathing again, normally. She found her way back to my arms and chest. Her head finally resting on my chest with my arms wrapped around her. Tears still streaming down both of our faces. Puke dripped down my legs.

I have no idea how long we sat like that, and I didn’t care.

I have never cried so hard in my life and I still cry when I think of what happened. That look of horror on my daughters face, her silent screaming, her lips changing colour, the way she clawed to be in my arms. I will never forget any of it. The look on her face is forever burned into my mind. It still haunts me at night. It haunts me at every meal time. It haunts me all the time.

I am still haunted by the “what if” of it all. I can’t being to fathom how close I was to my world changing.

My daughter has eaten Oreos hundreds of times before this. But she hasn’t touched them since. I haven’t let her. I can’t even look at a package of Oreos at the store without my breathe catching, my heart skips a beat and I have to fight back tears.

My daughter is ok. My daughter is perfectly fine. But the horror that was on her face. The feel of her mouth around my fingers. The feeling of her clawing at my arms and chest. The colour of her lips. I will never forget these things.

Should I have called 911? Well thats easy to debate since my daughter is ok now. But in that moment. Looking back I believe I should have. IF… IF… IF something had gone wrong, if it had gone any differently, I would have never forgiven myself.

I had my daughters life in my hands, and I had no clue what I was doing, but thankfully, it all worked out. 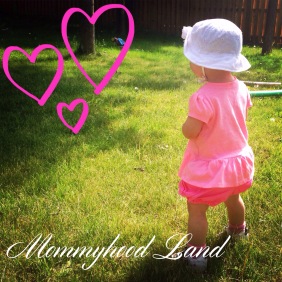 2 thoughts on “Why I Do Not Eat Oreos Anymore”